For certain Satan doesn’t want you to know God because he’d prefer you stay in his custody. But once a soul has given their heart to Christ, Satan has to change his game plan to interfere with the Kingdom and the Kingdom’s work. There is nothing he can do to remove the seal of Salvation that God puts on His children.

And grieve not the holy Spirit of God, whereby ye are sealed unto the day of redemption.

Glory! But he can certainly do a lot of damage to the spiritual walk of God’s children by binding them with lies. Or at least that’s the case with me. So today I search the truth and invite you along…

18 Who is a God like unto thee, that pardoneth iniquity, and passeth by the transgression of the remnant of his heritage? he retaineth not his anger for ever, because he delighteth in mercy.

19 He will turn again, he will have compassion upon us; he will subdue our iniquities; and thou wilt cast all their sins into the depths of the sea.

20 Thou wilt perform the truth to Jacob, and the mercy to Abraham, which thou hast sworn unto our fathers from the days of old.

We’re not to fool ourselves and believe that God is not a Holy and just God Who doesn’t get angry. Oh… I believe He gets angry and I believe He gets frustrated with me on a pretty regular basis. But the trouble with my thinking is, I get stuck there. There in that place of God’s frustration, long after He has moved on and sometimes may never have been, I’m still there. He moved on the second I repented, but I choose to stay in that place of bondage and allow Satan to convince me that God’s frustration lingers on. And I have a feeling I’m not alone.

Micah 7:18 – God delights in mercy! The other day I watched as an adult was less than merciful with a child. The children happened not to be hers. Not that that is always the case, I know parents who are less than forgiving. But on this occasion the child had misbehaved and she separated herself from him as if to say “you are not worthy of my presence.” My heart broke. Praise God our Savior doesn’t treat us in that manner. He longs for the relationship to be restored as soon as it’s broken. But we delay, buying into Satan’s lies that God is forever upset. No… God is forever merciful.

Micah 7:19 – How deep is the sea? I personally don’t know, but I know it’s deep! And how far is the east from the west? Really far! You can’t get there from here. And that is the geographical location of our sins. Yet Satan wants us to believe that God has them attached to His refrigerator, so that every time He goes there, He is reminded of my sin.

That’s how our minds work. Not God’s. I have to work really hard not to rehash old hurts. Because they are not in the sea. They’re in the recesses of my mind waiting for a day that I can call them to mind and be frustrated and hurt again. And have to forgive… again. If I don’t bring them up, Satan will. And so when I’m in need of God forgetting something I’ve done or someway I’ve failed, I am reminded of how someone hurt or failed me, and I attach that theory of thinking to God too. What a lie!

God is not man!

For my thoughts are not your thoughts, neither are your ways my ways, saith the Lord.

Micah 7:20 – God’s plan nor word has ever changed, but man’s sure has. The recent election was proof of that. The political rhetoric coming from all sides made it impossible to know who was telling the truth. And even if someone had a video as evidence, we still couldn’t trust that it hadn’t been manipulated in some way and voting was a very serious game of chance. And such is life sometimes. Marriages fail, friends forsake us and parents and children break our heart. So when we hear the word “forever” in the biblical sense, it’s sometimes hard to grasp.

I can’t help but think of Satan’s words to Eve… “ye shall not surely die.” So we have on one hand the thought that forever will never come, and on the other hand, that forever is subjective to the situation.  And both make it hard to fathom eternity.

But God’s word will stand true and Satan will forever by a liar! He would much prefer that we didn’t   know the truth and one way he can help that happen is to sabotage our relationship with the Lord. It’s not hard when fewer and fewer people keeping their relationship with the Lord first in priority. The more we put between us and God the easier it is for Satan to convince us that God is not desiring a relationship with us. And when we fail, we can’t feel God’s mercy because there’s too much distance. But guess who didn’t move?

God’s exactly where He’s always been. In eternity past, present and future. Loving us as much today as yesterday and wishing we’d just talk to Him, and skip Satan the middle man… he’s a liar anyway. 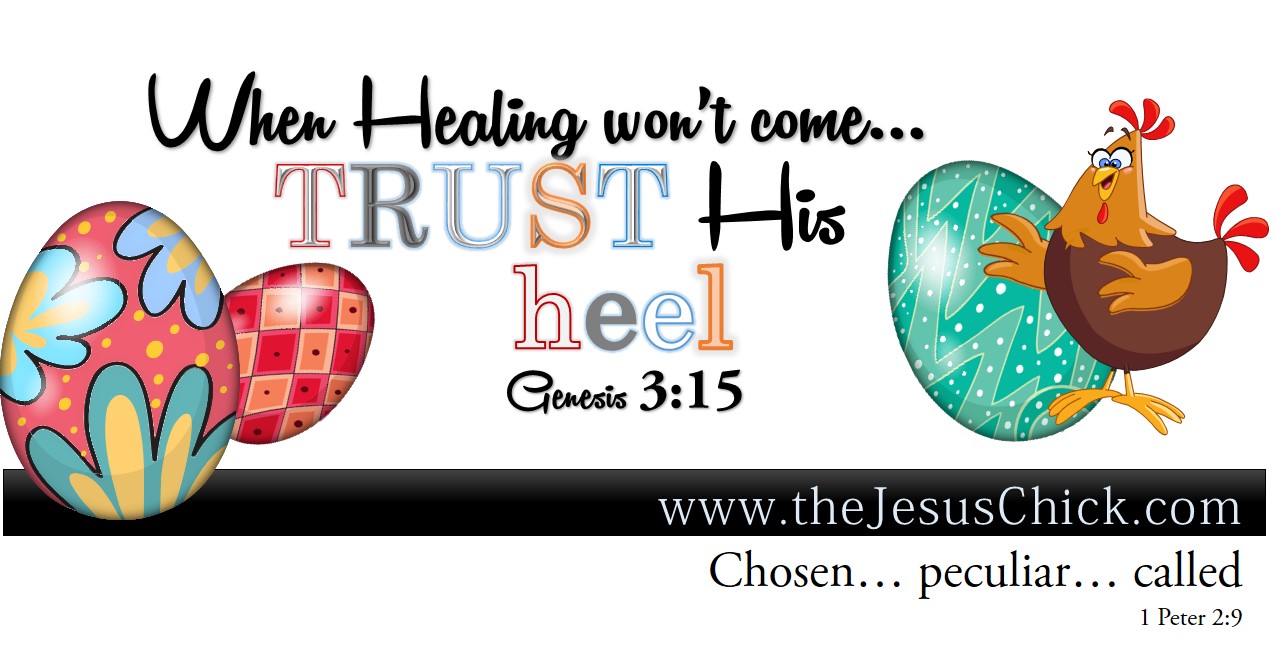 This morning has been a time of worship and praise… I’ve sat with my guitar for over an hour, I’ve listened to worship music and I’ve wept over heart aches and illnesses. Heaven some morning’s seems too far away. It’s not that I’m wanting to die… no I want to live!!! I want to live for Jesus and tell the world of His goodness, but Satan is right on my heels every second of the day. Trying to defeat my witness, he can’t defeat me because Christ is within me, but he can sure do some damage the outer being of who I am. I know that my Savior has his head under His heel because the scripture says so in Genesis 3:15

And I will put enmity between thee and the woman, and between thy seed and her seed; it shall bruise thy head, and thou shalt bruise his heel.

I need that image in my mind… the image of the victory! Satan does his very best to cover it with the grief of the world when healing seems impossible, or distant. I follow the story of Joey and Rory Feeks and my heart aches for them; I want God to take away this heartache from their family and friends and heal her. That’s the kind of “heal” I want today, but it hasn’t come. And so I sing about Heaven and thank God for those songs of praise that cause my heart to rejoice, otherwise it would be in despair and I’d be of no purpose for encouraging you. My heart breaks for children that I minister to who don’t live in the best of circumstances and I want to show them that image of Satan’s head beneath our Savior heel and tell them to hang on. Christ will win their victory. I have friends in the faith whose children have broken their hearts and I want to tell them to keep praying!  God can turn those situations around as quickly as it appeared to get out of control. He’s got this. He will have victory over every evil plot that Satan has devised to bring us down.

So what do you do when physical or emotional healing won’t come? Trust His Heel.

Hebrews 13:5 says Let your conversation be without covetousness; and be content with such things as ye have: for he hath said, I will never leave thee, nor forsake thee.

My heart is breaking… allow the balm of His words to soothe it. I will never leave thee, nor forsake thee.

I don’t have the strength to get through… then He’ll carry you. I will never leave thee, nor forsake thee.

I’m all alone… that’s a lie from Hell. I will never leave thee, nor forsake thee.

Nobody understands… yes He does. I will never leave thee, nor forsake thee.

I’ve been hurt so deeply… so was He… beyond our imagination and by us. I will never leave thee, nor forsake thee.

I’m a failure… no, you’re human. I will never leave thee, nor forsake thee.

It’s not fair… Nothing about this world is, but there’s a better world coming. Until then… I will never leave thee, nor forsake thee.

Thank You Jesus, that in the pits of my despair, You are there. I feel Your presence and Your Spirit well up within my soul as a reminder that You are truth, and Satan is a liar. Thank you for the gift of music that draws my mind into worship and help my friends Lord, to understand that You’ll bring them through. And in the end we’ll see you destroy that demon and his forces that cause us heartache today. And from that day forward there will be only Joy!  Great joy…

Trust His Heel. He  will never leave thee, nor forsake thee. 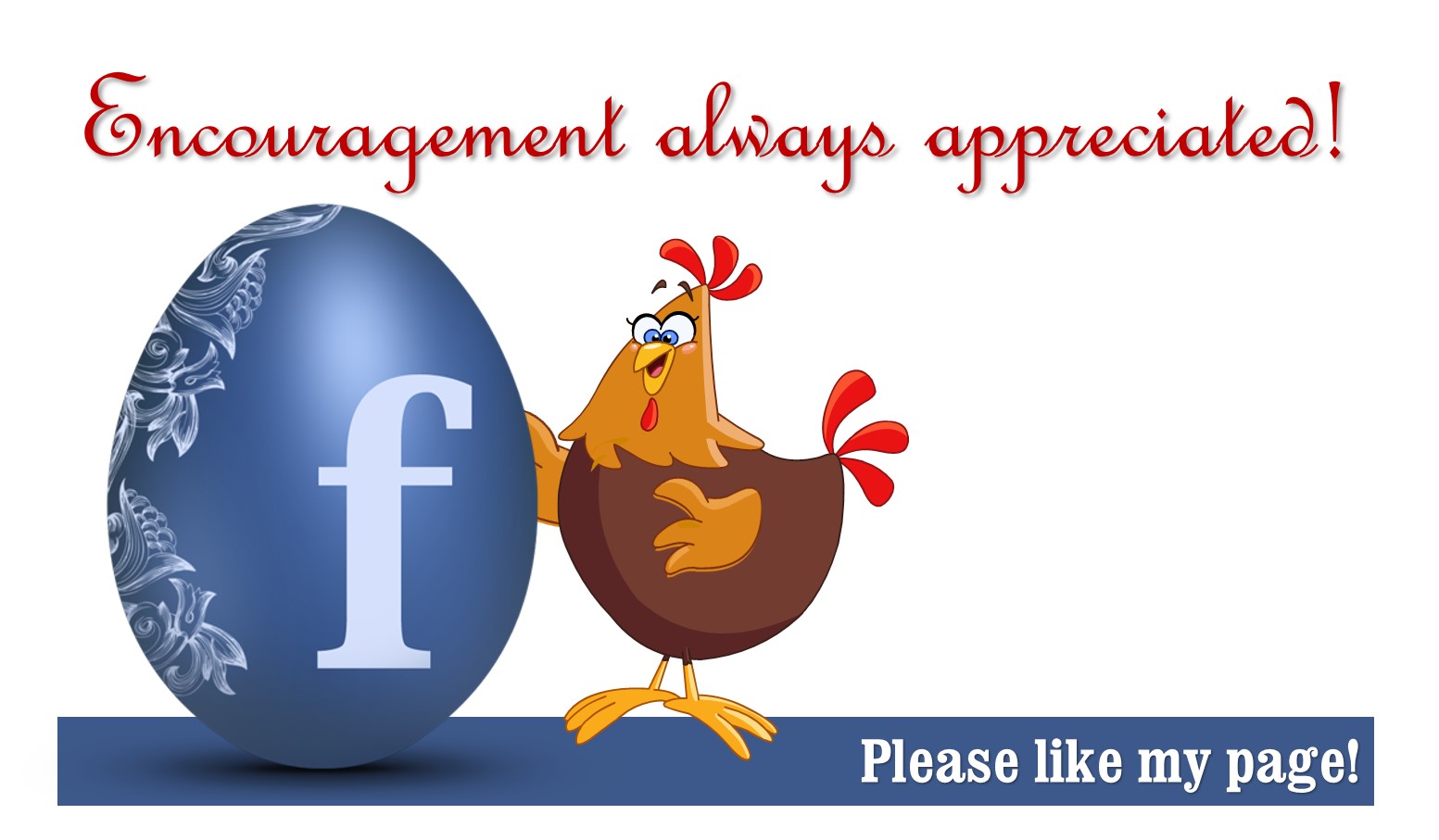